Our Facebook video views service involves the natural promotion of a Facebook video by sharing broadcasting across our high-quality social media communities.

We focus on audience relevancy and stimulating engagement behaviour in order to maximise the appeal of the video and its uptake by a larger audience than what the video would receive on its own.

If you would like to see your Facebook video go viral to the best of its potential, give it a kick-start with one of our packages and watch people’s treatment of the video change from indifference to interaction.

As the old saying goes: Push the bike first, steer it later.

Viral marketing is about perception and momentum above all else. Once you get on a roll, stay on a roll.

In order to properly get on a roll, you need the help of high quality Facebook users who other facebook users rely on for content. We call them “nodes”. These nodes are people who themselves control audiences, and have the power to expose your video to a large amount of people in a very short space of time, with solid engagement results.

Why don’t I just use Facebook’s own paid boosting service?

The benefits of our services is guaranteed engagement and a lot more views for the money you spend. With the use of viral networks that are ready and waiting to engage, we boost the video with an intensity and natural momentum that you could use to prepare your video before you boost it with Facebook.

After a couple of our campaigns, your video will already have some viral capital, so that when you pay Facebook to boost it out to your target niche/s you get more out of that campaign.

If you’d feel more comfortable touching base with us before placing your first order, or if there’s something you’d like to know about our service, flick us an email at support@videoviews.international and we’ll get back to you straight away. 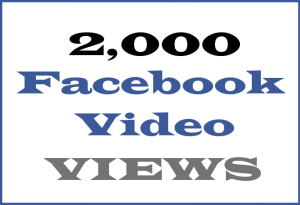 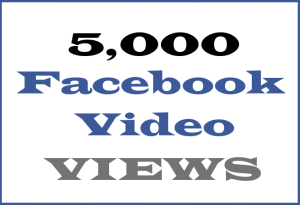 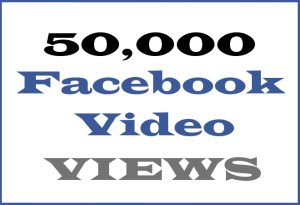 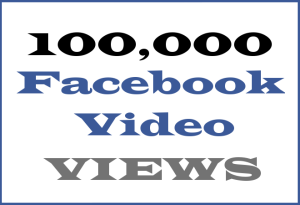 This is our entry level Facebook viral marketing service, try a 2,000 views campaign and boost a video as you try us out!

Just a few hours after ordering, your video will be getting watched by real Facebook users, together with some Likes and engagement. The 2,000 views should have been generated in around 24-36 hours from when you placed your order.

Thanks to our high quality Facebook social media communities, your video will get the boost that it needs.

We will show your video to the audience/s most likely to enjoy it, and we guarantee you quality Likes and engagement as part of the service.

When you buy 2K Facebook video views you will certainly get more views than that on your video by the end of the campaign.

It’s a guaranteed minimum 1,000+ real views but we let your video go as viral as it can, we don’t just “cut you off” when it gets to 1K, as a matter of fact we couldn’t do that even if we tried! So, the better your video and its production, the more organic views you will continue to get after our campaign has finished.

If you ever need us, we are here. Trained professionals with 10+ years of experience ready 24/7 to respond to your requests/requirements.

The Social Video Division at Video Views International. We are not connected to or affiliated with Facebook in any way. Our team of qualified marketing experts, each with over ten years of experience, generate high retention, real views for Facebook videos across our many and varied, focused and engaging online social networks.
As the world's leading provider of viral video marketing services across YouTube, Vevo and Facebook, we serve thousands of artists, labels, celebrities, organisations, brands, marketers and content enthusiasts, delivering outstanding results and satisfying everyone with the exemplary customer service for which we've become renowned.